Many of our guides at Montana Angler enjoy chasing steelhead in the fall. Trips to the Pacific Northwest are priorities on some of our calendars, time chasing these elusive anadromous fish can be highly addictive! A fun aspect of being a steelhead angler is spending time tying flies for fish that aren’t actively feeding. Trying to tie flies that are aesthetically pleasing and have that “fishy” look about them is a big part of what makes the whole process so fun. Flies for summer or fall steelhead tend to be on the smaller and sparser end of the spectrum as opposed to winter or spring steelhead flies, which typically have a larger profile. As a fly tier, the big draw to tying hairwings for steelhead is the challenge of tying flies that are aesthetically pleasing while still maintaining the right profile.

How do we determine what’s “aesthetically pleasing??” It’s definitely a subjective matter, however there are a few things that do reflect a well-tied fly as well. Proportions are one key to tying good looking steelhead flies. A tail that doesn’t extend too far past the bend of the hook, a wing that does not extend past the end of the tail, hackle that’s fairly sparse, not too many wraps of ribbing material, the list goes on and on. Regardless, we’re looking for a fly that is not overdressed and has clean contours and is visually pleasing. The subtle tapers and colors of natural materials are preferable over the more artificial looking synthetic materials that are available. It’s easy to overdress a steelhead fly like this as we’re used to tying trout flies that may incorporate more bulk in their overall profile and dressing. 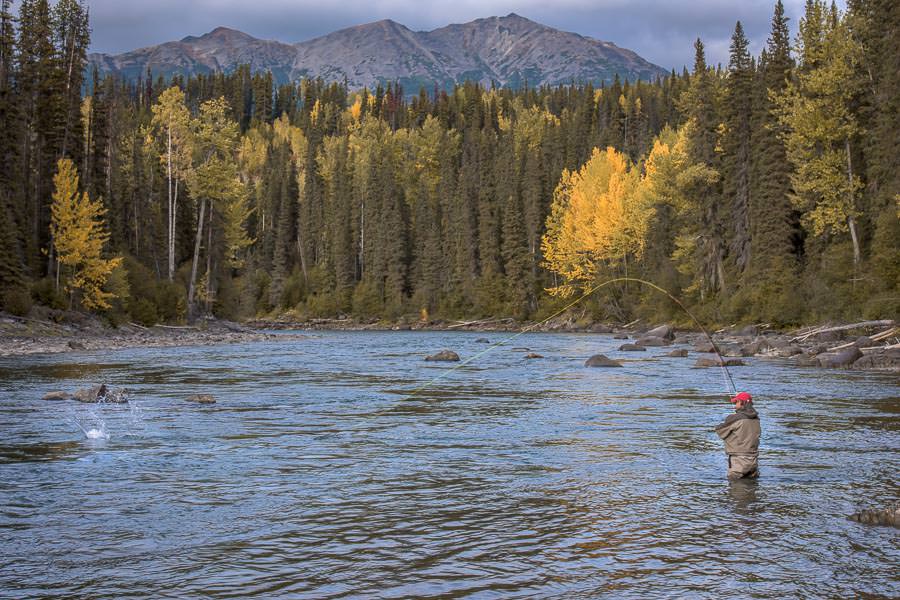 Another aspect that is purely a show of skill and clean tying technique is to finish off the fly with a very clean, very small head. It’s easy to add too much bulk and crowd the eye of the hook, focusing on minimizing bulk at the front of the fly’s body and not crowding the eye of the hook are key to tying a fly with a small head. The amount of hair selected for the wing will also affect this, however the technique that one uses to tie the wing in can also affect how large or small the head is. Good, micro-tipped scissors will allow the butt ends of the hairwing to be cut very closely to their tie-in point. Another option is to use a fine pointed cautery tool to carefully burn the butt ends, this can easily burn your tying thread, so care must be used, however the cautery will allow you to get the ends close and will allow you to tie that ideal, small head. Another technique is to actually tie the wing in first, and reversed. Thus, the wing will face forward, the rest of the fly is then dressed, and finally as a last step the wing is turned backwards and the neat thread head is tied over the bent-back wing. This way there are no but ends that are cut and the wing will actually be stronger this way, and less likely to be pulled out or come apart after catching a couple fish. With regard to flash in these flies, it’s up to the angler’s discretion, however too much flash can put fish off in clear water. A few strands of krystal flash or flashabou under the hairwing is typically adequate for low and clear fall conditions. If the river comes up and visibility decreases, then of course more flash and a bulkier fly is ok. Depending on the location and the river conditions these hairwing style flies can be effective in a wide range of sizes. Commonly effective flies are between sizes 3-7, although larger and smaller can work as well.

Interestingly, a steelhead can track a small, sparse hairwing on a relatively fast presentation, not far under the surface of the water. The classic “greased line” presentation more or less involves presenting the fly broadside to a fish that’s sitting facing into the current. This presentation involves fishing a floating line, with a greased up leader, and mending downstream, thus making the fly swim rather quickly across the current. A surprisingly small fly will get attention with this fast presentation technique. Personally, I've had great success with flies as small as size 12 in some Columbia River tributaries! 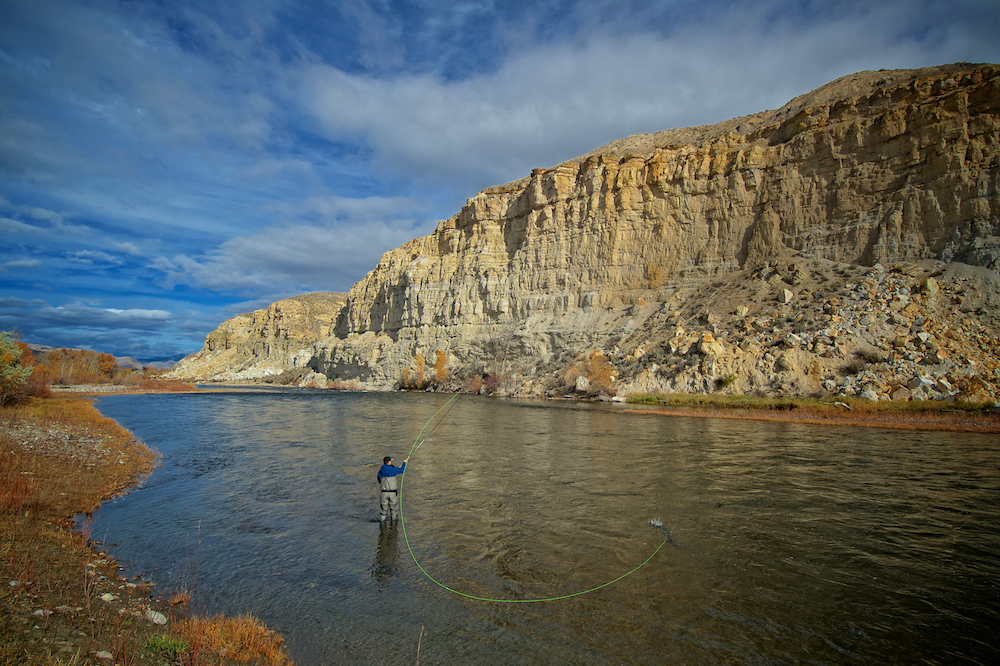 At Montana Angler we host trips all over the world, including one of British Columbia's finest locations, Steelhead Valhalla Lodge on the Sustut River. A place where big, wild, trophy steelhead are lurking in the cold, clean currents of one of BC's finest steelhead rivers. The Sustut is an absolute jewel of a river that produces some of the largest wild steelhead in the world. Fish average roughly 15 lbs. with multiple fish in 30 lb. range being caught each fall. Drop us a line if you're interested in chasing some of BC's largest steelhead with Montana Angler! 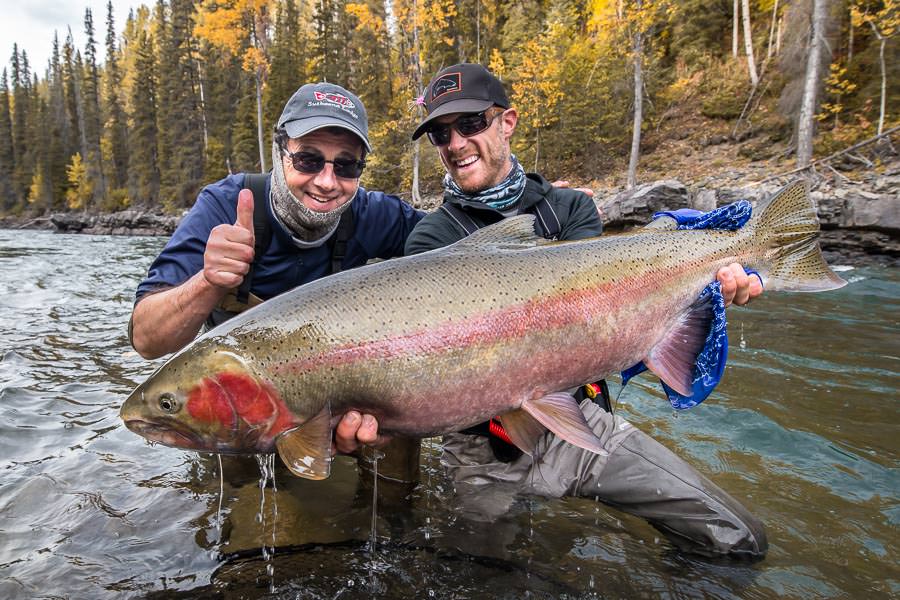