September in the greater Yellowstone region is quickly becoming one of the most popular times to visit and fish. September is a great time to fish Yellowstone National Park because water temperatures are dropping into the optimal range and trout feel the urge to pack on the pounds for the upcoming winter. Weather in September is usually very pleasant with cool, crisp mornings and warm afternoons. September is the only month of the year when literally every river in the Park is fishable. The Madison drainage has cooled enough for productive fishing but the high country streams are still warm enough for fish to be active. Throw in a few bugling elk and some fall colors and you have the recipe for a great trip. Let’s take a look at some of the highlights of September fishing in the park. 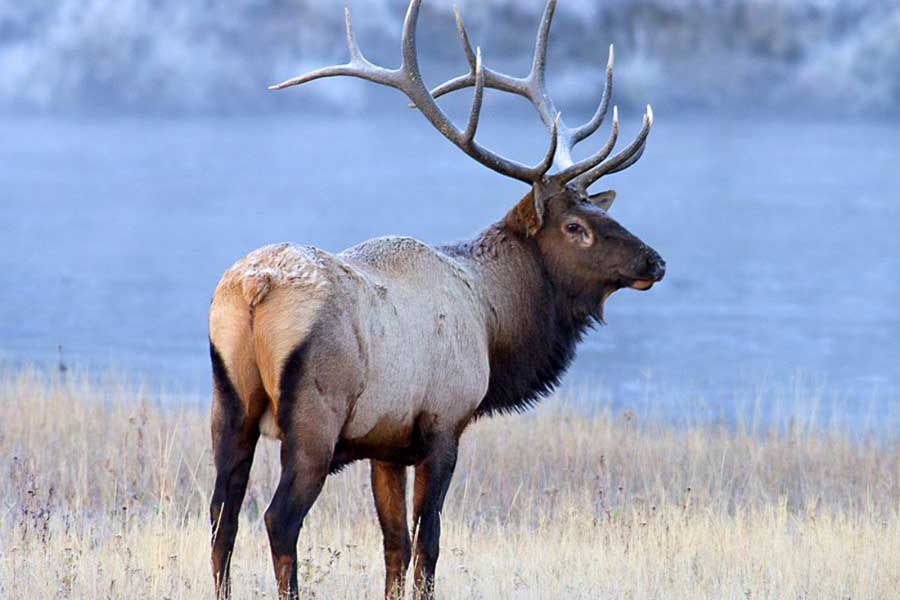 Firehole River
As the weather cools, the Firehole once again becomes a viable option for fishing. At the beginning of the month, it may only be cool enough to fish in the mornings, but by the middle of September it should fish well all day. The main attraction during September is the White Miller Caddis, which typically emerges from mid morning until early afternoon. On cloudy days, especially towards the end of September, Blue Winged Olives emerge in the middle of the day.  When no hatch is present, swing soft hackles through the riffles. I prefer drab, generic flies like a soft hackle pheasant tail or hare’s ear. In the fall, primarily due to low water, the fish in a Firehole can be a bit pickier than they were in June. Downsize your tackle a bit and take care not to spook fish with your movements.

Madison River
The main attraction on the Madison River in Yellowstone Park in the fall is the run of fish out of Hebgen Lake. While this run peaks in October and November, there will usually be some fish in the system in the latter part of September.  The best way to target these fish is by nymphing or by swinging a streamer in a down and across fashion. No matter the technique, the key to catching these fish is locating where they are holding. These fish are used to a lake environment, so look for deeper, slower water. When nymphing, I prefer a stonefly nymph as my lead fly and small, nondescript mayfly pattern as my dropper. If I am swinging a streamer, I like the intruder style patterns that are popular with steelhead fishermen. 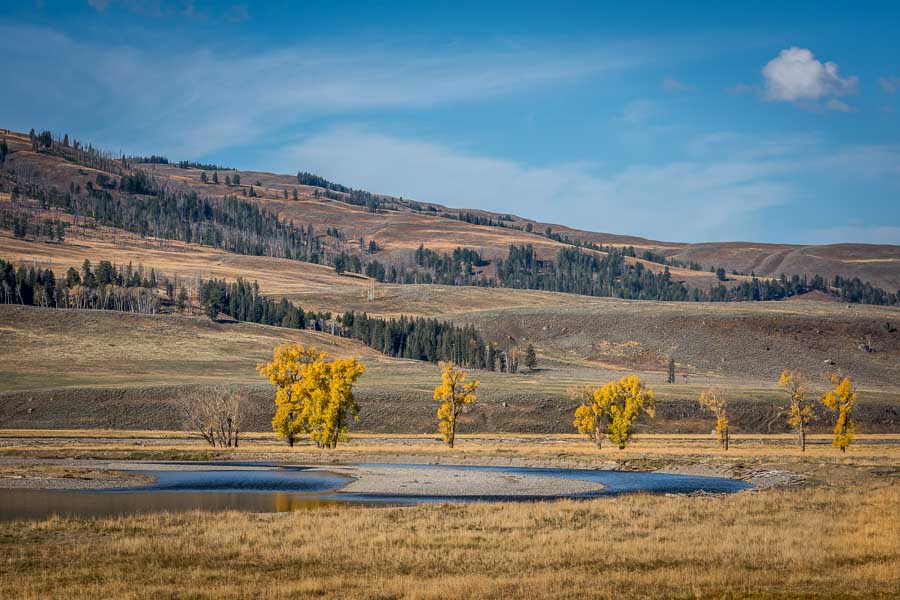 Lamar Valley- Lamar River, Slough Creek, Soda Butte Creek
Fall fishing in the Lamar Valley can be challenging due to low water and the cumulative effect of fishing pressure throughout the summer. On sunny, warm days turn to small terrestrials like ants or micro hoppers. On cloudy days, especially towards the end of the month, look for mayfly hatches of Blue Winged Olives or Tan Drakes.  Plan on fishing a 5x leader that is a few feet longer than your standard 9ft length. 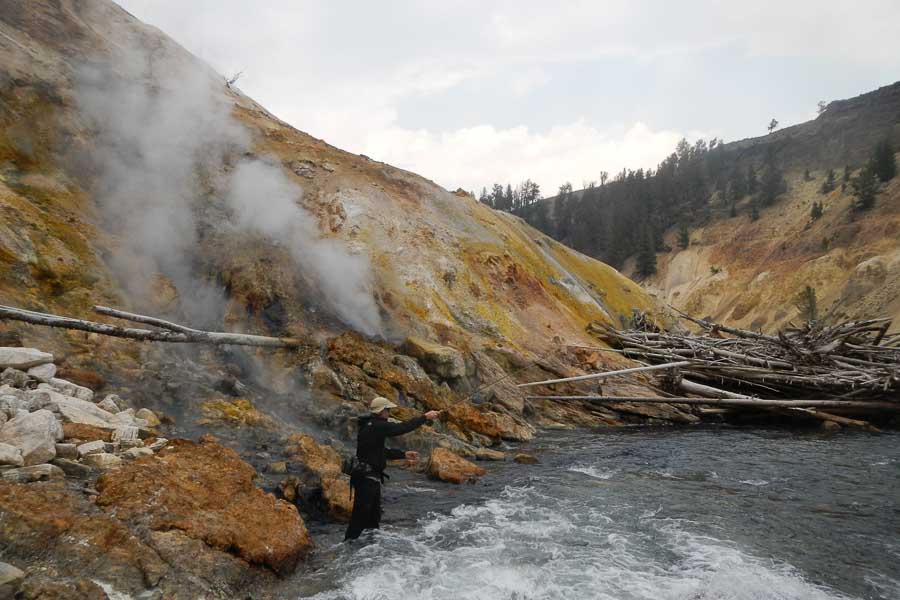 Yellowstone River
The Yellowstone River inside the park is a nice option in September as it falls off the radar for many once the famous stonefly hatches have ended. The river hosts an excellent Blue Winged Olive hatch, especially on cloudy days and towards the latter part of the month. Hopper patterns and attractors will still be your bread and butter for much of the month. September is a good time to start working in mayfly style attractors such as a purple haze or parachute adams as the fish may be a bit more selective than they were in July and August.  A small streamer will fill the void if the dry fly bite slows.

Gardner River
The entire Gardner River should fish well in September, as the section below the Boiling River will have cooled sufficiently for all day fishing. In the early mornings, I like to nymph fish with a stonefly trailed by a attractor pattern like a prince or copper john. As the day heats up, small hoppers and various attractor patterns are your go to. Cloudy days will see hatches of Blue Winged Olives. Remember that the Boiling River essentially creates two separate rivers. Fall mayfly hatches will appear above in the cooler water first while hopper and attractor fishing will hold on longer in the warmer waters below. During the fall, keep in mind that there is always the possibility of a surprise up from the Yellowstone.