The Joys of Fly Fishing with Bamboo

If you’ve spent any amount of time interested in fly fishing you’ve probably come across Norman Maclean’s “A River Runs Through It.” Even if you’re not interested in fishing, you’ve likely seen or heard of Robert Redford’s film adaptation of that story starring a young Brad Pitt as Paul Maclean. The role made Pitt a star and “A River Runs Through It” was nominated for three Academy Awards.

Maclean’s novella is a story of family bonds and tragedy set in Missoula, Montana, during the early 1900s. Redford’s depiction of the brothers Maclean fishing with their father on the Big Blackfoot River inspired a generation of anglers.

I was a 15-year-old bass fisherman when “A River Runs Through It” hit theaters in the fall of 1992. The vision of those bamboo rods casting dry flies to rising cutthroat trout spoke to me. Three years later, I’d board a Greyhound bus for a 2,500-mile trip west to Bozeman to discover what Western trout fishing was all about.

My grandfather, Robert, had given me his old bamboo rod and taught me to fish for brook trout with it in my native Massachusetts. My grandparents were collectors of all manner of antiques and their home felt like walking into a museum. A Revolutionary War rifle hung above the fireplace. I packed my grandfather’s rod west, but out of a deep respect for all things old and well made, I deemed it a family heirloom. Despite a nagging desire I chose not to fish it for fear of breaking it. 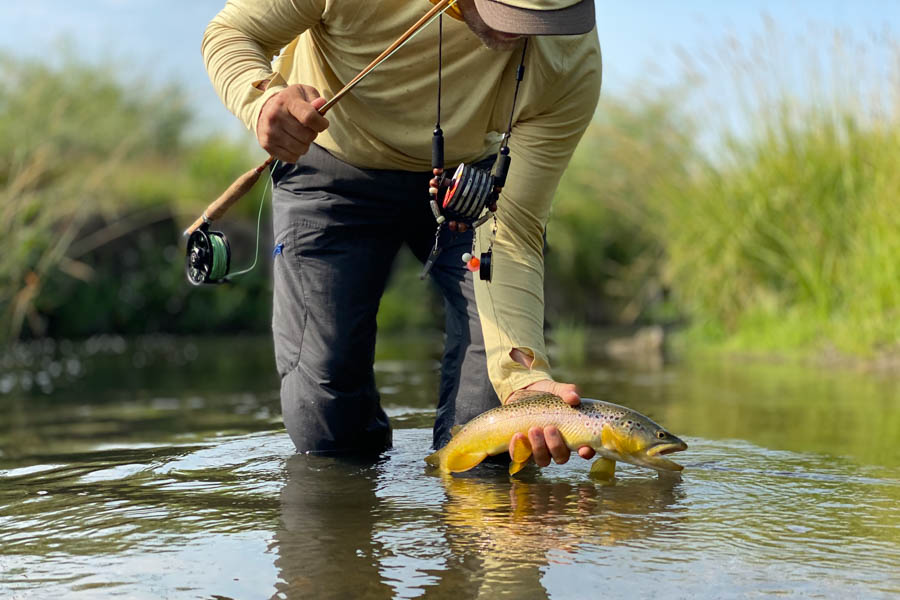 So, I along with what must have been a nation of other anglers romanced by the notion of fishing bamboo in the wake of “A River Runs Through It,” descended on thrift stores, antique shops and estate sales in hopes of coming across a rod suitable to fish.

I found an 8-foot 6-weight Horrocks-Ibbotson rod that I proceeded to break after a few months of fishing by nicking the tip section with a piece of split shot on an errant backcast. The rod was nothing special, a mass-market department store cane rod that had already seen better days, but I’d be lying if I said it didn’t break my heart.

I swore off fishing cane for the better part of the next two decades.

Enter my wife Christine, an intrepid angler, a woman with a passion for a good deal and a keen sense for finding treasures while thrift store shopping. During one of her trips to Goodwill in search of vintage denim, she came across a metal rod tube with a $20 price tag in the sporting goods bin at the end of an aisle. She opened the tube to reveal a crimson rod sock holding what appeared to be a brand new 7-foot 6-inch, 4-weight, two-piece bamboo rod with a spare tip.

The varnish on the rod was pristine. The cork handle was unmarred. Christine paid the teller 20 bucks and brought the rod home. 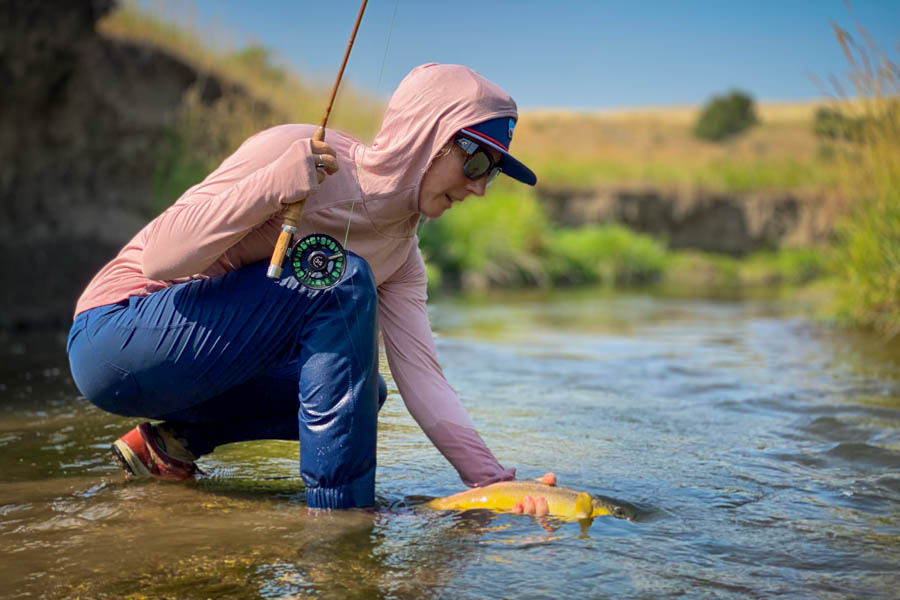 Low and behold, my wife had discovered a true treasure (both literally and figuratively). A little research traced the roots of the rod back to iconic rodmaker Gary Howells. We spent the afternoon casting in the evening sun in the front yard, getting a feel for the action of the rod. Boy it was nice.

Then the inevitable question arose: Do we fish it?

Heck yes! We both love to fly fish — small streams most of all — and this rod was built for just that specific purpose. We were fortunate to have it. We decided that bamboo fly rods are not works of art, they are functional tools meant to be fished. We made a pact that evening to always break the rod down for transport, to never fish it from a boat, to cast dry flies only and to fish it as often as possible. That weekend we snuck away to a little creek that flows not far from our home.

To say bamboo possesses a slow action is easy enough, but the act of fishing a finely crafted cane rod is another experience entirely. This rod seemed like a noodle compared to our graphite rods yet possessed a strength all its own. It easily launched a 30-foot cast, but we rarely asked it to. The trick to fishing it was to slow down, to be deliberate.

I’ve run into a few anglers fishing bamboo over the years. One of them on a tributary of the Yellowstone River spoke to me about the “resonance” of a rod. It was an almost spiritual statement. But the act of slowing the casting stroke really set in motion an entirely different way of fishing.

When I fish our bamboo rod, I look in my fly box at the myriad patterns. I gravitate toward the flies made of natural materials, spun deer hair and splayed hackles trumping pink foam and rubber legs. I wet wade and leave the waders in the truck. I listen to the sound of the line in the air. I appreciate the beauty of each trout.

What became apparent that evening as my casting stroke slowed to the rhythm of the creek was a reborn appreciation for the entire experience of fly fishing. I felt like a boy again, casting with my grandfather on a brook in central Massachusetts.

Christine and I fished that evening until dusk. We cast hopper patterns against the banks and reeled in brown trout after brown trout. We waded quietly upstream trading off pool to pool.

We didn’t need to.